We participated in a cruise to support the Toys For Tots toy drive.  With the help of Herman Cook VW (Encinitas, CA.) we were able to collect a truck load (VW Double Cab) of toys for the Toys for Tots program.  The cruise was a success as we cruised through Encinitas, Lajolla, Coronado and finally to Imperial Beach.  More than 50 cars participated to make this event a huge hit.  Thanks to all.  Check out the photos in the gallery

Who we are, not just a car club. 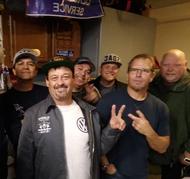 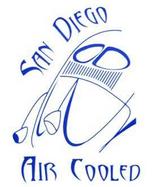 Founded in 2002, the TJ Aircooled VW Car club was the premier VW club in the Mexican border town.  In 2006, the TJ VW Air-Cooled Car club moved it's home to sunny San Diego and became the San Diego Air Cooled VW Club.  We've been growing ever since.

Ways we give back:

Aircooled Fiesta Car Show every May

Board Members of the Steering Committee (Link to Facebook page)

We are a San Diego based VW Club and we love Classic Air Cooled VW's.  We now have Four chapters, one based in South Bay San Diego another in East County and our newest chapter in North Dakota and still have the original chapter in Tijuana Mx.

Please come join us for a cruise, picnic or a normal weekly meeting, whether or not you have a VW

The only thing we love more than VWs is more VWs!
~~VW Family, VW Life~~